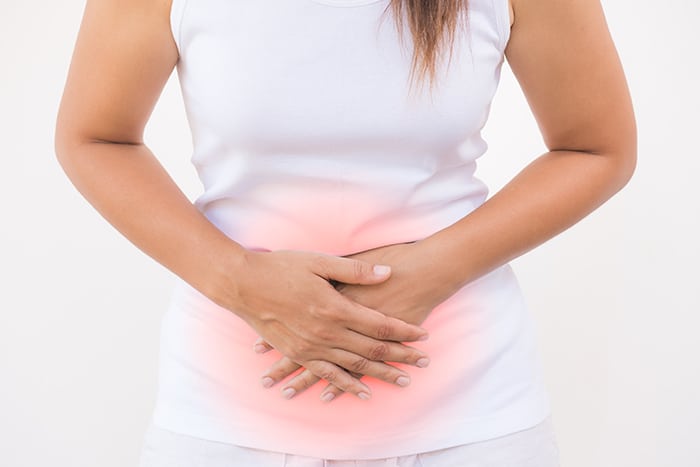 Pelvic inflammatory disease is an infection of a woman’s reproductive organs. It is a complication often caused by some STDs, like chlamydia and gonorrhea. Other infections that are not sexually transmitted can also cause PID.

What is the treatment for PID?

Several types of antibiotics can cure PID. Antibiotic treatment does not, however, reverse any scarring caused by the infection. For this reason, it is critical that a woman receive care immediately if she has pelvic pain or other symptoms of PID. Prompt antibiotic treatment can prevent severe damage to the reproductive organs. The longer a woman delays treatment for PID, the more likely she is to become infertile or to have a future ectopic pregnancy because of damage to the fallopian tubes.

PID is usually treated with antibiotics to provide empiric, broad spectrum coverage of likely pathogens. Recommended regimens can be found in the 2015 STD Treatment Guidelines. Health care providers should emphasize to their patients that although their symptoms may go away before the infection is cured, they should finish taking all of the prescribed medicine. Additionally, a woman’s sex partner(s) should be treated to decrease the risk of re-infection, even if the partner(s) has no symptoms. Although sex partners may have no symptoms, they may still be infected with the organisms that can cause PID.

In certain cases, clinicians may recommend hospitalization to treat PID. This decision should be based on the judgment of the health care provider and the use of suggested criteria found in the 2015 STD Treatment Guidelines. If a woman’s symptoms continue, or if an abscess does not resolve, surgery may be needed.

Reproduced with permission from Centers of Disease Control and Prevention

How common is PID?

Each year in the United States, it is estimated that more than 750,000 women experience an episode of acute PID. More than 75,000 individuals may become infertile each year as a result of PID, and a large proportion of the ectopic pregnancies occurring every year are due to the consequences of PID.

How do you get PID?

PID occurs when bacteria move upward from a person’s vagina or cervix (opening to the uterus) into her reproductive organs. Many different organisms can cause PID, but many cases are associated with gonorrhea and chlamydia, two very common bacterial STDs. A prior episode of PID increases the risk of another episode because the reproductive organs may be damaged during the initial bout of infection.

Sexually active people in their childbearing years are most at risk, and those under age 25 are more likely to develop PID than those older than 25. This is partly because the cervix of teenage girls and young person is not fully matured, increasing their susceptibility to the STDs that are linked to PID.

People who douche may have a higher risk of developing PID compared with people who do not douche. Research has shown that douching changes the vaginal flora (organisms that live in the vagina) in harmful ways, and can force bacteria into the upper reproductive organs from the vagina.

Perople who have an intrauterine device (IUD) inserted may have a slightly increased risk of PID near the time of insertion compared with people using other contraceptives or no contraceptive at all. However, this risk is greatly reduced if a person is tested and, if necessary, treated for STDs before an IUD is inserted.

What are the signs and symptoms of PID?

Symptoms of PID vary from mild to severe. When PID is caused by chlamydial infection, a woman may be more likely to experience only mild symptoms even when serious damage is being done to her reproductive organs. Chlamydia can also cause fallopian tube infection without any symptoms. Because of vague symptoms, PID often goes unrecognized by women and their health care providers. People who have symptoms of PID most commonly have lower abdominal pain. Other signs and symptoms include fever, unusual vaginal discharge that may have a foul odor, painful intercourse, painful urination, irregular menstrual bleeding, and pain in the right upper abdomen (rare).

What are the complications of PID?
Prompt and appropriate treatment can help prevent complications of PID, including permanent damage to the female reproductive organs. Infection-causing bacteria can silently invade the fallopian tubes, causing normal tissue to turn into scar tissue. This scar tissue blocks or interrupts the normal movement of eggs into the uterus. If the fallopian tubes are totally blocked by scar tissue, sperm cannot fertilize an egg, and the woman becomes infertile. Infertility also can occur if the fallopian tubes are partially blocked or even slightly damaged. About one in ten women with PID becomes infertile, and if a woman has multiple episodes of PID, her chances of becoming infertile increase. In addition, a partially blocked or slightly damaged fallopian tube may cause a fertilized egg to remain in the fallopian tube. If this fertilized egg begins to grow in the tube as if it were in the uterus, it is called an ectopic pregnancy. As it grows, an ectopic pregnancy can rupture the fallopian tube causing severe pain, internal bleeding, and even death. Scarring in the fallopian tubes and other pelvic structures can also cause chronic pelvic pain (pain that lasts for months or even years). Women with repeated episodes of PID are more likely to suffer infertility, ectopic pregnancy, or chronic pelvic pain.
How is PID diagnosed?

PID is difficult to diagnose because the symptoms are often subtle and mild. Many episodes of PID go undetected because the woman or her health care provider fails to recognize the implications of mild or nonspecific symptoms. Because there are no precise tests for PID, a diagnosis is usually based on clinical findings. If symptoms such as lower abdominal pain are present, a health care provider should perform a physical examination to determine the nature and location of the pain and check for fever, abnormal vaginal or cervical discharge, and for evidence of gonorrheal or chlamydial infection. If the findings suggest PID, treatment is necessary.

The health care provider may also order tests to identify the infection-causing organism (e.g., chlamydial or gonorrheal infection) or to distinguish between PID and other problems with similar symptoms. A pelvic ultrasound is a helpful procedure for diagnosing PID. An ultrasound can view the pelvic area to see whether the fallopian tubes are enlarged or whether an abscess is present. In some cases, a laparoscopy may be necessary to confirm the diagnosis. A laparoscopy is a surgical procedure in which a thin, rigid tube with a lighted end and camera (laparoscope) is inserted through a small incision in the abdomen. This procedure enables the doctor to view the internal pelvic organs and to take specimens for laboratory studies, if needed.

How can PID be prevented?

Women can protect themselves from PID by taking action to prevent STDs or by getting early treatment if they do get an STD.

The surest way to avoid transmission of STDs is to abstain from sexual intercourse, or to be in a long-term mutually monogamous relationship with a partner who has been tested and is known to be uninfected.

Latex male condoms, when used consistently and correctly, can reduce the risk of transmission of chlamydia and gonorrhea.

CDC recommends yearly chlamydia testing of all sexually active women age 25 or younger, older women with risk factors for chlamydial infections (those who have a new sex partner or multiple sex partners), and all pregnant women. An appropriate sexual risk assessment by a health care provider should always be conducted and may indicate more frequent screening for some women.

Any genital symptoms such as an unusual sore, discharge with odor, burning during urination, or bleeding between menstrual cycles could mean an STD infection. If a woman has any of these symptoms, she should stop having sex and consult a health care provider immediately. Treating STDs early can prevent PID. Women who are told they have an STD and are treated for it should notify all of their recent sex partners so they can see a health care provider and be evaluated for STDs. Sexual activity should not resume until all sex partners have been examined and, if necessary, treated.

Many have no noticeable symptoms, but some can have serious reproductive health effects for both partners. The only way to protect yourself is to practice safer sex practices and to be tested regularly for STIs by your doctor or our staff and STI clinic NYC.