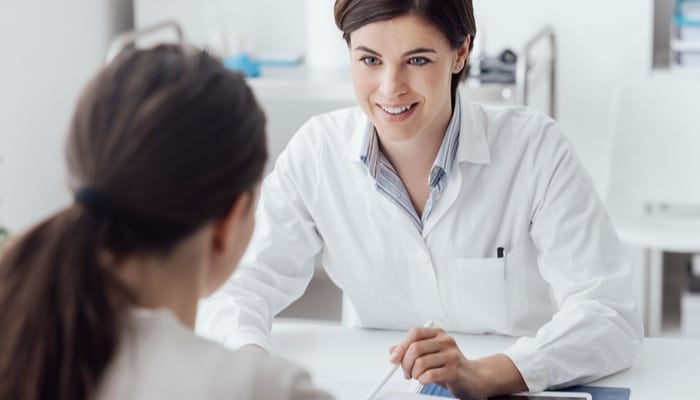 Syphilis is a sexually transmitted infection (STI) caused by the bacterium Treponema pallidum. It has often been called “the great imitator” because so many of the signs and symptoms are indistinguishable from those of other diseases.

Syphilis is easy to cure in its early stages. A single intramuscular injection of penicillin, an antibiotic, will cure a person who has had syphilis for less than a year. Additional doses are needed to treat someone who has had syphilis for longer than a year. For people who are allergic to penicillin, other antibiotics are available to treat syphilis. There are no home remedies or over-the-counter drugs that will cure syphilis. Treatment will kill the syphilis bacterium and prevent further damage, but it will not repair damage already done. Because effective treatment is available, it is important that persons be screened for syphilis on an on-going basis if their sexual behaviors put them at risk for STIs. People who receive syphilis treatment must abstain from sexual contact with new partners until the syphilis sores are completely healed. Persons with syphilis must notify their sex partners so that they also can be tested and receive treatment if necessary.

How common is syphilis?
In the United States, health officials reported over 36,000 cases of syphilis in 2006, including 9,756 cases of primary and secondary (P&S) syphilis. In 2006, half of all P&S syphilis cases were reported from 20 counties and 2 cities; and most P&S syphilis cases occurred in persons 20 to 39 years of age. The incidence of P&S syphilis was highest in women 20 to 24 years of age and in men 35 to 39 years of age. Reported cases of congenital syphilis in newborns increased from 2005 to 2006, with 339 new cases reported in 2005 compared to 349 cases in 2006. Between 2005 and 2006, the number of reported P&S syphilis cases increased 11.8 percent. P&S rates have increased in males each year between 2000 and 2006 from 2.6 to 5.7 and among females between 2004 and 2006. In 2006, 64% of the reported P&S syphilis cases were among men who have sex with men (MSM).
How do people get syphilis?
Syphilis is passed from person to person through direct contact with a syphilis sore. Sores occur mainly on the external genitals, vagina, anus, or in the rectum. Sores also can occur on the lips and in the mouth. Transmission of the organism occurs during vaginal, anal, or oral sex. Pregnant women with the disease can pass it to the babies they are carrying. Syphilis cannot be spread through contact with toilet seats, doorknobs, swimming pools, hot tubs, bathtubs, shared clothing, or eating utensils.
What are the signs and symptoms in adults?

Many people infected with syphilis do not have any symptoms for years, yet remain at risk for late complications if they are not treated. Although transmission occurs from persons with sores who are in the primary or secondary stage, many of these sores are unrecognized. Thus, transmission may occur from persons who are unaware of their infection.

The primary stage of syphilis is usually marked by the appearance of a single sore (called a chancre), but there may be multiple sores. The time between infection with syphilis and the start of the first symptom can range from 10 to 90 days (average 21 days). The chancre is usually firm, round, small, and painless. It appears at the spot where syphilis entered the body. The chancre lasts 3 to 6 weeks, and it heals without treatment. However, if adequate treatment is not administered, the infection progresses to the secondary stage.

Skin rash and mucous membrane lesions characterize the secondary stage. This stage typically starts with the development of a rash on one or more areas of the body. The rash usually does not cause itching. Rashes associated with secondary syphilis can appear as the chancre is healing or several weeks after the chancre has healed. The characteristic rash of secondary syphilis may appear as rough, red, or reddish brown spots both on the palms of the hands and the bottoms of the feet. However, rashes with a different appearance may occur on other parts of the body, sometimes resembling rashes caused by other diseases. Sometimes rashes associated with secondary syphilis are so faint that they are not noticed. In addition to rashes, symptoms of secondary syphilis may include fever, swollen lymph glands, sore throat, patchy hair loss, headaches, weight loss, muscle aches, and fatigue. The signs and symptoms of secondary syphilis will resolve with or without treatment, but without treatment, the infection will progress to the latent and possibly late stages of disease.

The latent (hidden) stage of syphilis begins when primary and secondary symptoms disappear. Without treatment, the infected person will continue to have syphilis even though there are no signs or symptoms; infection remains in the body. This latent stage can last for years. The late stages of syphilis can develop in about 15% of people who have not been treated for syphilis, and can appear 10–20 years after infection was first acquired. In the late stages of syphilis, the disease may subsequently damage the internal organs, including the brain, nerves, eyes, heart, blood vessels, liver, bones, and joints. Signs and symptoms of the late stage of syphilis include difficulty coordinating muscle movements, paralysis, numbness, gradual blindness, and dementia. This damage may be serious enough to cause death.

How does syphilis affect a pregnant woman and her baby?

The syphilis bacterium can infect the baby of a woman during her pregnancy. Depending on how long a pregnant woman has been infected, she may have a high risk of having a stillbirth (a baby born dead) or of giving birth to a baby who dies shortly after birth. An infected baby may be born without signs or symptoms of disease. However, if not treated immediately, the baby may develop serious problems within a few weeks. Untreated babies may become developmentally delayed, have seizures, or die.

How is syphilis diagnosed?
Some health care providers can diagnose syphilis by examining material from a chancre (infectious sore) using a special microscope called a dark-field microscope. If syphilis bacteria are present in the sore, they will show up when observed through the microscope. A blood test is another way to determine whether someone has syphilis. Shortly after infection occurs, the body produces syphilis antibodies that can be detected by an accurate, safe, and inexpensive blood test. A low level of antibodies will likely stay in the blood for months or years even after the disease has been successfully treated. Because untreated syphilis in a pregnant woman can infect and possibly kill her developing baby, every pregnant woman should have a blood test for syphilis.
Will syphilis recur?
Having syphilis once does not protect a person from getting it again. Following successful treatment, people can still be susceptible to re-infection. Only laboratory tests can confirm whether someone has syphilis. Because syphilis sores can be hidden in the vagina, rectum, or mouth, it may not be obvious that a sex partner has syphilis. Talking with a health care provider will help to determine the need to be re-tested for syphilis after being treated.
How can syphilis be prevented?

The surest way to avoid transmission of sexually transmitted diseases, including syphilis, is to abstain from sexual contact or to be in a long-term mutually monogamous relationship with a partner who has been tested and is known to be uninfected.

Avoiding alcohol and drug use may also help prevent transmission of syphilis because these activities may lead to risky sexual behavior. It is important that sex partners talk to each other about their HIV status and history of other STIs so that preventive action can be taken.

Condoms lubricated with spermicides (especially Nonoxynol-9 or N-9) are no more effective than other lubricated condoms in protecting against the transmission of STIs. Use of condoms lubricated with N-9 is not recommended for STI/HIV prevention. Transmission of an STI, including syphilis cannot be prevented by washing the genitals, urinating, and/or douching after sex. Any unusual discharge, sore, or rash, particularly in the groin area, should be a signal to refrain from having sex and to see a doctor immediately.

Reproduced with permission from Centers of Disease Control and Prevention

Many have no noticeable symptoms, but some STIs can have serious reproductive health effects for both partners. The only way to protect yourself is to practice safer sex practices and to be tested regularly for STIs by your doctor or our staff and STI clinic NYC.