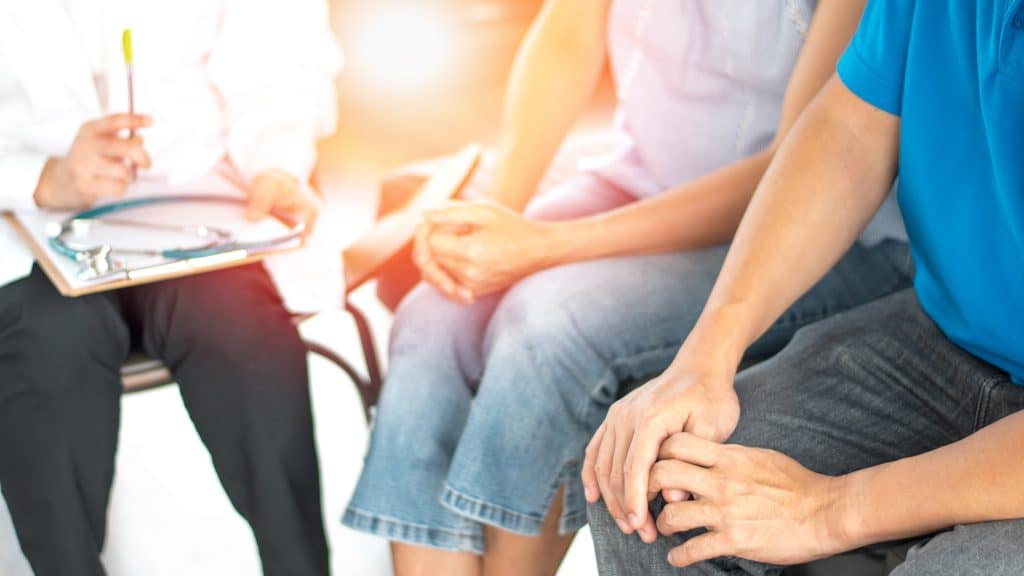 Chlamydia is a common sexually transmitted infections (STI) caused by a bacterium. Chlamydia can infect people and can cause serious, permanent damage to a reproductive organs.

What Is The Treatment For Chlamydia?

Chlamydia can be easily treated and cured with antibiotics. HIV-positive persons with chlamydia should receive the same treatment as those who are HIV-negative.

Persons with chlamydia should abstain from having sex for seven days after single dose antibiotics, or until completion of a seven-day course of antibiotics, to prevent spreading the infection to partners.

Repeat infection with chlamydia is common. Persons whose sex partners have not been appropriately treated are at high risk for re-infection. Having multiple Chlamydial infections increases a the risk of serious reproductive health complications, including pelvic inflammatory disease and ectopic pregnancy. Patients with chlamydia should be retested about three months after treatment of an initial infection, regardless of whether they believe that their sex partners were successfully treated.

Infants infected with chlamydia may develop conjunctivitis (infection of the membrane lining the eyelids) and/or pneumonia. Chlamydial infection in infants can be treated with antibiotics.

Because Most STIs Have No Noticeable Symptoms, Seeing Your Doctor And Asking For STI Testing As Part Of A Yearly Checkup Is Important For Your General And Sexual Health. 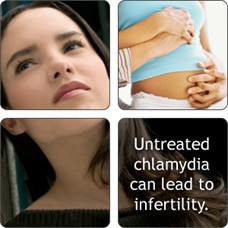 How common is Chlamydia?

Chlamydia is the most frequently reported bacterial sexually transmitted infection in the United States. In 2012, 1,422,976 cases of chlamydia were reported to CDC from 50 states and the District of Columbia, but an estimated 2.86 million infections occur annually. A large number of cases are not reported because most people with chlamydia do not have symptoms and do not seek testing. Chlamydia is most common among young people. It is estimated that 1 in 15 sexually active females aged 14-19 years has Chlamydia.

How do people get Chlamydia?

Chlamydia can also be spread from an infected woman to her baby during childbirth.

Who is at risk for chlamydia?

What are the symptoms of chlamydia?

Chlamydia is known as a ‘silent’ infection because most infected people have no symptoms. If symptoms do occur, they may not appear until several weeks after exposure. Even when it causes no symptoms, chlamydia can damage a woman’s reproductive organs.

In women, the bacteria first infect the cervix (structure that connects the vagina or birth canal to the uterus or womb) and/or the urethra (urine canal). Some infected women have an abnormal vaginal discharge or a burning sensation when urinating. Untreated infections can spread upward to the uterus and fallopian tubes (tubes that carry fertilized eggs from the ovaries to the uterus), causing pelvic inflammatory disease (PID). PID can be silent, or can cause symptoms such as abdominal and pelvic pain. Even if PID causes no symptoms initially, it can lead to infertility (not being able to get pregnant) and other complications later on.

Some infected men have discharge from their penis or a burning sensation when urinating. Pain and swelling in one or both testicles (known as “epididymitis”) may also occur, but is less common.

What complications can result from chlamydial infection?

Untreated infection can spread upward to the uterus and fallopian tubes (tubes that carry fertilized eggs from the ovaries to the uterus), causing pelvic inflammatory disease (PID). PID can be silent, or can cause symptoms such as abdominal and pelvic pain. Both symptomatic and silent PID can cause permanent damage to the reproductive tract and lead to long-term pelvic pain, inability to get pregnant, and potentially deadly ectopic pregnancy (pregnancy outside the uterus).

In pregnant patients, untreated chlamydia has been associated with pre-term delivery, and can spread to the newborn, causing an eye infection or pneumonia.

Complications are rare in men. Infection sometimes spreads to the tube that carries sperm from the testis, causing pain, fever, and, rarely, preventing a man from being able to father children.

What about chlamydia and HIV?

Untreated chlamydia may increase a person’s chances of acquiring or transmitting HIV – the virus that causes AIDS.

How does chlamydia affect pregnant patients?

In pregnant patients, untreated chlamydia has been associated with pre-term delivery, and can spread to the newborn, causing an eye infection or pneumonia. Screening and treatment of chlamydia during pregnancy is the best way to prevent these complications. All pregnant patients should be screened for chlamydia at their first prenatal visit.

Who should be tested for chlamydia?

Any sexually active person can be infected with Chlamydia. Anyone with genital symptoms such as discharge, burning during urination, unusual sores, or rash should avoid having sex until they are able to see a health care provider about their symptoms.

How is chlamydia diagnosed?

There are laboratory tests to diagnose chlamydia. Specimens commonly used for testing include a cotton swab of the vagina (collected by the patient themselves or their health care provider) or a urine sample.

If a person has been diagnosed and treated for Chlamydia, they should tell all anal, vaginal, or oral sex partners from the past two months so that they can see a healthcare provider and be treated. This will reduce the risk that the sex partners will develop serious complications from chlamydia and will also reduce the person’s risk of becoming re-infected. A person with chlamydia and all of their sex partners to avoid having sex until they have completed their treatment for chlamydia (i.e., seven days after a single dose of antibiotics or until completion of a seven-day course of antibiotics) and until they no longer have symptoms.

Many have no noticeable symptoms, but some can have serious reproductive health effects for both partners. The only way to protect yourself is to practice safer sex practices and to be tested regularly for STIs by your doctor or staff and STI clinic NYC.